Empower Yourself: 5 Ways to Thrive in Your Career as a Woman

Today, women enjoy the freedom of education and gain the right to break free from social stereotypes. Globally, women have spoken about their struggles not only in the household but also in the corporate world. Being a man indeed has a fair share of problems. But, as we focus on women-centric issues, you witness things like sexual harassment, underestimating, and the gender pay gap. Women and men may not be equal in terms of biological aspects, but they can be treated fairly and given the same opportunities through women leadership development.

Why Are Women Breaking the Stereotypes?

In the 1950s, it was common knowledge that a woman should be a housewife and baby maker. That’s what people expect them to do. They are stripped of their power and obliged to be submissive to their husbands. They can’t even vote during elections! Fortunately, women are standing up today. You can see influential icons like Oprah Winfrey, Maya Angelou, Anne Frank, Halimah Yacob, Ho Ching, and other women who represent strength and resilience.

After decades of oppression, women are finally fighting toxic masculinity and patriarchy. Although there’s nothing wrong with masculinity, forcefully reinforcing them will only lead to social issues.

After many generations of staying silent, women of today have finally been given the voice to fight for their rights. Indeed, there are now many women in a leadership program. It’s not to assert dominance over the male population but to prove that they deserve to be treated like human beings with skills, talents, and opinions.

How to Thrive in Your Career as a Woman 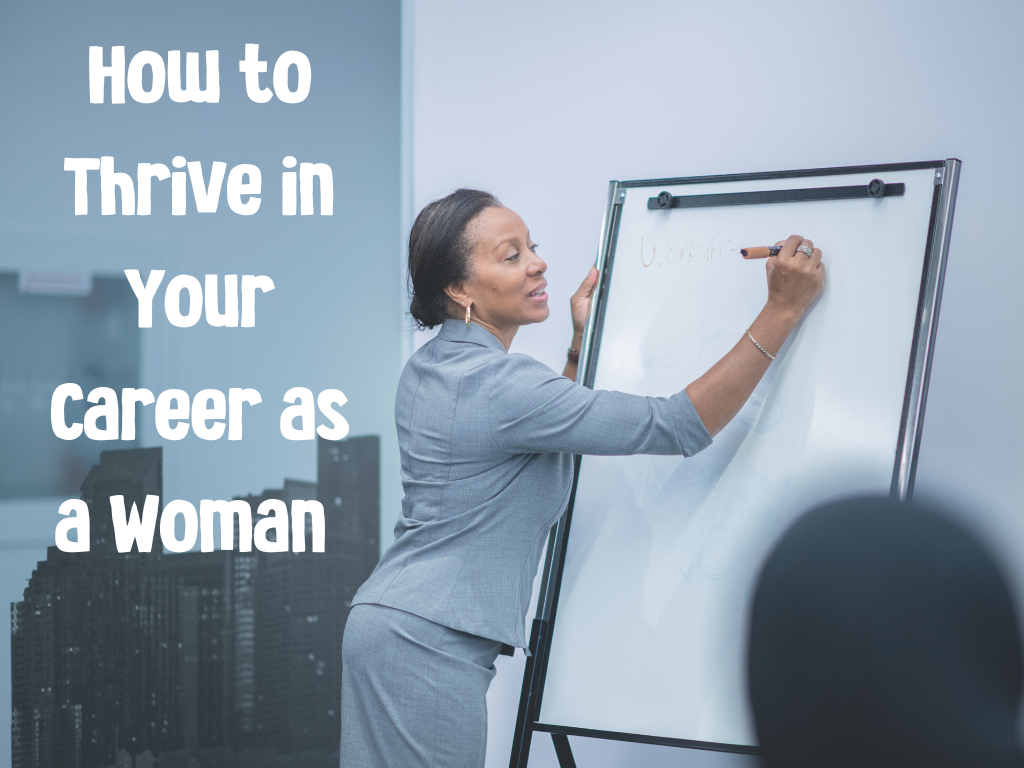 It’s no wonder that women are breaking stereotypes in this current generation. On the positive side, men are also getting benefits from this. It’s not taboo to show emotions, and being vulnerable is nothing wrong. It’s all about balance! Men and women in a leadership program don’t have to be defined by their sexual preferences.

They must consider what they can offer to nation-building and the betterment of the community. To remind you, women’s rights are not to receive special treatment. It is to give them the same rights as men do.

So, for women who need to hear encouragement, here are some tips for thriving in your career.

In male-dominated industries, rising as a woman may not be an easy journey. You may experience derogatory remarks or sexist comments along the way. For instance, a boss might favour your male colleague just because he’s a man. You might get underestimated just because you have a soft voice or are a woman. It would be best if you did not tolerate this. Once this happens, raise it to the management and tell them that you need better mentors or bosses in the company.

A mentor can give you career counselling in Singapore and help you navigate this competitive industry. You can also find mentorship in celebrities, online personalities and even politicians. You can learn from them; they help you stay inspired throughout your career. For example, you can follow Michelle Obama, the former first lady of the USA, who teaches young women to focus on their craft and nurture their skills.

First, women don’t have to fight for equal rights because gender inequality should not exist. As a woman, you have more responsibility to speak up your voice, especially if you’re talking to people who have traditional beliefs in gender roles. That’s why you need to know what you deserve. Fight for your rights! It’s the way to make the people around you aware. After all, many women in a leadership program look up to as inspiration.

Historically speaking, you can find iconic women who fought for their rights. In Singapore, you can read the story of Checha Davies, a woman activist who campaigned for economic, educational, social and legal rights. Due to her advocacy, women of today have more freedom.

That’s why advocate for your rights because you can make the world a better place for future generations. And also, attend a women leadership development to empower yourself.

Yes, men can also advocate for gender equality. So, find genuine support in your workplace, school, household, and even friends. Indeed, the younger generation is more open to breaking toxic social norms. So, find a tribe where you will feel accepted and celebrated. They say that a flower will not thrive in the wrong soil no matter how much you water it. It’s also applicable to human beings. You will not succeed in a bad environment, so look for genuine people and attend career coaching in Singapore to empower yourself.

Your supporters can also encourage you to become the next influential icon that can help millions of girls worldwide. A great example is JK Rowling, the author of Harry Potter. At first, she was a struggling mom on the verge of suicide. But then she believed in herself and saw how her books became modern classics. Like her, you can also thrive and embrace the things you can do.

You’re not just a housewife. You’re not just a daughter. And definitely, you’re not just a woman. You’re a woman because you can also feel empowered through nurturing your skills and talents with women leadership development courses. You’re more than what society tells you. You can be a scientist, makeup artist, vlogger, businesswoman, CEO, and even astronaut. Don’t limit yourself just because you’re a woman.

One way to do this is to look for ways to improve yourself, like attending workshops, getting a degree, focusing on your craft and attending career coaching in Singapore. Once you become confident in what you do, you can inspire other women and help them find the courage to share their talents with the world.

Most importantly, practise gender equality in your everyday life. Don’t expect special treatment just because you’re a woman, and accept that there’s equal responsibility between a man and a woman. Be a true feminist by advocating for what you believe in because, after all, men and women in a leadership program are both talented, kind, and inspirational.

Empower yourself with ANspired, where men and women can participate in leadership programs. Visit their website for more information about their career counselling in Singapore.