Admit it! You were also one of the many people who got madly in love with oppas and wanted to learn the Korean language. It could be because of binge-watching a Korean drama down to its last episode, getting engaged in Korean lessonsfrom your foreign subject in high school, streaming your favourite K-pop group or bias, or meeting someone on the internet that speaks Korean or is actually a Korean national. Whatever your reason, nationality, gender, or age is, you are never too late to take classes and learn Korean in Singapore.

As the prevalence of K-dramas and K-pop continuously increased and boomed in the country, so did the interest in studying the Korean language. Although subtitles and translations do the trick, nothing still beats the feeling of being able to fully comprehend what the Korean word is and share the same sentiment with them. It is still quite different when you know you can actually understand what your favourite Korean idols or biases are saying in your favourite K-drama series, especially during the emotional scenes or your repeat-worthy K-pop song.

If you are one of the thousand fans that are fond of and into K-dramas, K-pop, or basically the entire Korean culture or Hallyu, enrolling yourself in a Korean language school is the best bet! Through a Korean class, you can understand what your faves are saying or singing without the hassle and effort of looking at the English subtitles. If you are reading this, this is your sign to study and learn the Korean language. Here are some perks when you learn Korean in Singapore. 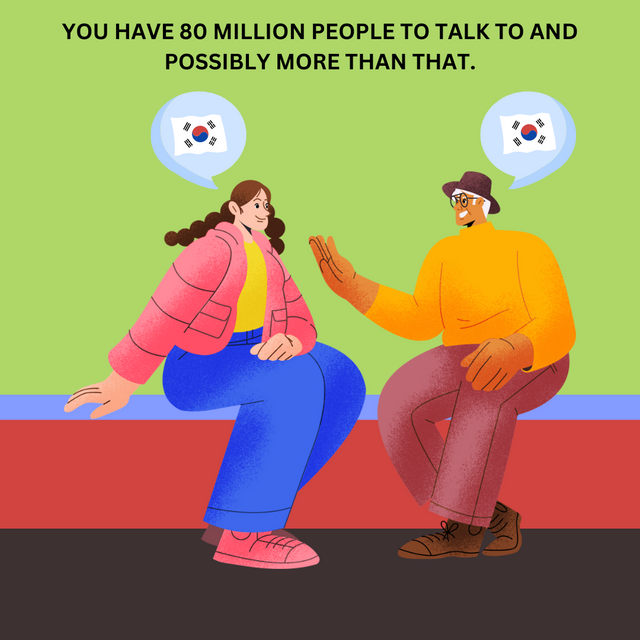 #1. YOU HAVE 80 MILLION PEOPLE TO TALK TO AND POSSIBLY MORE THAN THAT

According to the most recent statistics in 2020, over 80 million people can now speak Korean, whether as their first language, because of taking Korean lessons, or due to any possible reason. If you take a Korean classandlearn Korean in Singapore, you can communicate with the 80 million people who know how to speak the same language. Make use of this language, build networks, grow your connections, and master the language. Who knows, maybe one day you can create a massive corporation because of increasing your network by speaking Korean?

#2. SOUTH KOREA HAS A MASSIVE STAND IN GLOBAL AFFAIRS

The prevalence and popularity of the language and its success on the international stage go hand in hand, which means if you learn the Korean language, you can expect to talk to other natives from other countries. Compared to Japanese and German, where these languages are also famous globally but not commonly and extensively spoken, the Korean language is an exception.

Considering the booming, stable pace of the economy and global affairs of South Korea, it is safe to say that studying the language can take you to a higher stand in international business ties. Recently, Korea and their global affairs, such as investments or import-export, stretched up and spread to almost all the big countries, such as the United States of America, Europe, and the like. 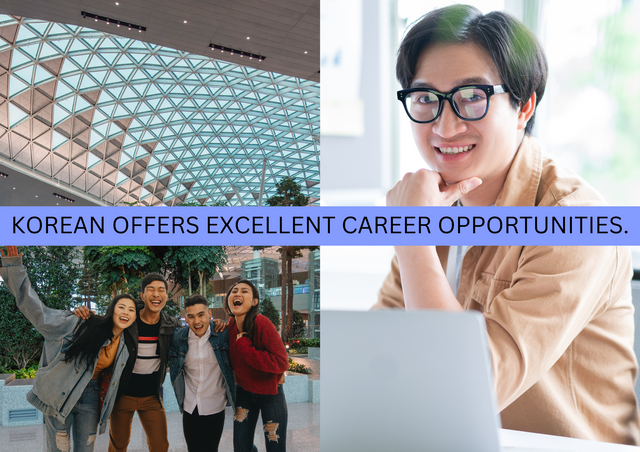 Aside from the mad love and fondness for K-drama and K-pop, the handful of career opportunities is one of the main reasons people also want to learn Korean in Singapore.

Back then, South Korea used to be one of the poorest countries in the world. However, due to significant changes in their culture and global affairs, Korea stands as one of the most prosperous economies around the globe today, with a nominal gross domestic product (GDP) of around 1.65 trillion US dollars. The reason for this is the high-quality consumer goods coming from their own production, such as ramen, kimchi, bibimbap, bulgogi, jajangmyeon, and the like.

Moreover, Korea’s industries are diverse, thus creating more career opportunities for everyone. Enrolling in a Korean language school and taking a Korean class can look good on your resume if you intend to work in those corporations.

#4. YOU HAVE A BIG CHANCE AND POTENTIAL TO WORK IN KOREA

Who has not heard about gigantic companies such as Samsung, LG, Hyundai, and the like? These Korean multinational corporations with subsidiaries have made a significant presence in many countries all around the globe. Moreover, most of them are constantly expanding more and more around different continents. For instance, big names such as Hyundai Motor, Hanwha, Samsung Electronics, POSCO, Kia, Lotte, and LG Electronics are making their way into global trade and industry.

If you want to learn Korean in Singapore, rest assured you can improve your knowledge on these tracks and open more doors in the employment industry. Therefor, when youlearn the Korean language, it can give you a slight advantage if you’re joining a Korean company in the future. Although the factor is not that big or crucial, it can still sway and convince employers to hire you. Taking Korean lessons can make an academic qualification, experience, and personality make much more difference than knowing Korean.

Most people want to learn Korean in Singaporebecause they idolise someone. It can be because of a Korean drama series they want to understand. It could also be due to a K-pop star they have been a fan of since heaven knows. While most people do this and that, many learn the Korean language because they actually love the sound of it. Compared to the most loved French accent, the beauty of the Korean language can fascinate you to dive deep into Korean. It sounds harmonious and sophisticated.

While these perks are guaranteed to be of use when you learn the Korean language, the best benefit is for your intellectual growth. According to a study, studying a second language or being bilingual has exceptional cognitive benefits. When you learn the Korean language, it sharpens your mental skills. It also improves your memory, helps you multitask, and makes you solve problems faster and logically.

If you want to learn Korean in Singapore, ONLYOU can take you on the path towards mastery of Korean. Learn more about their programmes on their website!